Better Olympics, Business Rats, and the End of Everything

More answers to your questions about the universe from the blog that answers your questions about the universe.
Peggy Tryton asked Nature or nurture?
In other words is our character determined by our genes, or by our environment? Many efforts have been made to resolve this most fundamental question. Notable among these was the 1923 Nature versus Nurture football match on Tooting Common, London. The Nature team took an early lead with their instinctive ball skills, but by the second half the superior training and fitness of the Nurture team looked likely to produce an equaliser when HG Wells ran onto the pitch and bit the referee and the match was abandoned. By 1975 methods were more sophisticated when Professor Batsen D Belfroi took ten infant laboratory rats and swapped them with ten human babies. The babies were kept in warm and comfortable conditions with regular water and exercise and all the nuts and seeds they could fit in their cheeks while the rats were brought up by pushy middle class human families who then used their contacts to get them jobs in management. The rats went on to work with some success for a variety of high-profile firms including Lehmann Brothers, News International and Barclays but in the end they resigned in disgust at the corporate culture. The babies grew up to start a lucrative muesli and rope-gnawing business. Asked what induced him to undertake such a grotesque experiment Belfroi said – “I blame society, or else I guess that’s just what I’m like.”
Invisible Man Why are so many pages intentionally left bank?
Those are all the unwritten rules.
Fran How come one never stubs a toe or bangs one's funny bone in private?
I think this is just you. More than that I think this is your superpower. Before you go all sulky and say “What a rubbish superpower! Why can’t I fly, or pick up metal with my brain, or go green and super-strong when I’m cross?” please consider the feelings of the vast majority of the rest of us who have no superpower at all, stop complaining, and work out how you are going to use your gift to fight crime.
fatboyfat Why don’t we all fly off the world as it spins?
No thanks. I’ve just had a big lunch.
Nance What sports are under review for consideration in the next Olympic games?
The International Olympic Committee is currently debating this. The current candidates are -
1)    Beach darts
2)    Post-Modern Pentathlon
3)    Synchronised Enjoying a Beer, a Smoke and a Car.
4)    Mushroom
Of these, Beach darts offers the televisual magic of athletes in bikinis, with the caveat that the athletes are all middle-aged alcoholics. Post-modern Pentathlon presents the exciting spectacle of super-fit men and women competing to deconstruct literary texts with only a pair of swimming trunks, a singlet, a pistol, a sword and an unfamiliar horse. But the hotly tipped favourite is Synchronised Enjoying a Beer, a Smoke and a Car, which while not really a sport is a hell of a sponsorship opportunity. Mushroom made it onto the list after some confusion over the committee’s late-night pizza order.
anotherartstudent When will the world end and why is repeatedly flicking a light switch so much fun?
Consider the Big Bang, when all of a sudden there was this universe. The universe has been going on for a while now, but one day it will stop, and then there won’t be a universe. Many physicists think the end will be in10 billion years or so when the universe collapses back into a singularity. Some believe that this might spark another big bang, and thus another universe and so on. Universe. No universe. Universe. No Universe. On and on, for ever. Is there a purpose behind all this? I refer you to the second half of your question.
I’ll leave it there, but do keep the questions coming as those ten billion years will be gone before you know it and it would be good to get the current universe explained before it ceases to exist and we have to start this blog all over again.
Posted by Some Kind of Explanation at 23:20 6 comments:

More answers to your questions about the universe from the blog that knows everything except the meaning of failure. And we can easily look that up.
Peggy Tryton  asked How does one get out of cahoots?
As is well known, a cahoot is a cross between a coracle and a boot, and is used for hunting waterfowl. Originally cahoots were worn one on each foot but in 1637 Charles I introduced the detested Cahoot Tax, forcing two hunters to work together in a single pair of cahoots. Catching coots in shared cahoots is even harder than it sounds and it required an almost superhuman level of synchronized stealth, hence the expression “to be in cahoots with someone”. Made of wicker and tarred leather, cahoots are easily removed with a cahoot horn or if you don’t have one, any other kind of tarred basket horn would do.
Nance asked Why do cats catch and release mice before they finally dispatch them, and leave them as "gifts" on the kitchen floor (or inside my shoes)?
When Ernst Schrödinger devised his famous experiment to illustrate the paradoxes of quantum mechanics the scientific cat community was outraged, for in spite of the extreme dangers she had undergone during the experiment, Schrödinger’s cat Mitzi was not given co-authorship of the work and her name didn’t even appear in the title. Bitter at this snub she set up her own research institute to continue her pioneering work on animals in ambiguous states. What you have been witnessing is a cat physicist attempting to place a mouse in a quantum superposition where it is simultaneously dead and alive: in your shoe and not in your shoe; and a lovely gift and a ghastly emblem of murine mortality. The experiment is known as Mitzi’s Mouse.
Sthen0 asked When will galoshes come back into fashion?
If you could see my feet right now you would know that they never went away. They keep the mud off my purple cowboy boots and give me somewhere to tuck in my tartan loon pants.
Nance  said I receive 2 or 3 calls a day inviting me to change my phone company, improve my credit, or take a cruise. I'm wondering why companies employ these callers if most people hang up. What is the ratio of "successful" calls to hang-ups?
These calls are in fact all 100% successful, but their aim is not what you think. We live in a world full of dazzling, extravagant, ubiquitous choice and our society encourages us to revel in it. Research shows that when asked to distinguish between 47 ever-so-slightly different mobile phone packages chimpanzees became angry, depressed or in some cases bewildered to death. In the same way human brains are poorly equipped to deal with current levels of choice. That’s why in 1981 a group of philanthropists formed the Perfectly Fine Foundation, dedicated to putting people off choice and helping them to be content with what they have. This is done by ringing domestic phone numbers at the least convenient time and pretending to sell pointless new broadband bundles and complicated electricity packages in the most irritating manner possible, thus reminding you how little you really care about stuff like this. The PFF is not without its critics, and there have been many attempts to phone them and beg them to change their approach. However the Foundation say that they are happy with their current method and in any case it’s not a convenient time to talk.
Invisible Man  asked Why bother?
Because bothering gets results. To use a purely hypothetical example, say you were a four-year old boy who wanted a biscuit but your dad had said you couldn’t have one. At this point you could either leave your dad alone to write his important blog, or you could choose to repeat the demand over and over and over again for EVER! Interestingly as the amount of bothering your dad tends towards infinity the likelihood of a biscuit increases to what bakery statisticians call “Biscuit Event Certainty”.
That’s all for now as I have to go and buy some biscuits. But do keep the questions coming in and we’ll get all of the rest everything explained in next to no time, always assuming that “next to no time” means much the same thing as “never”.
Posted by Some Kind of Explanation at 08:12 7 comments: 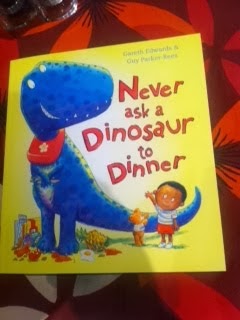 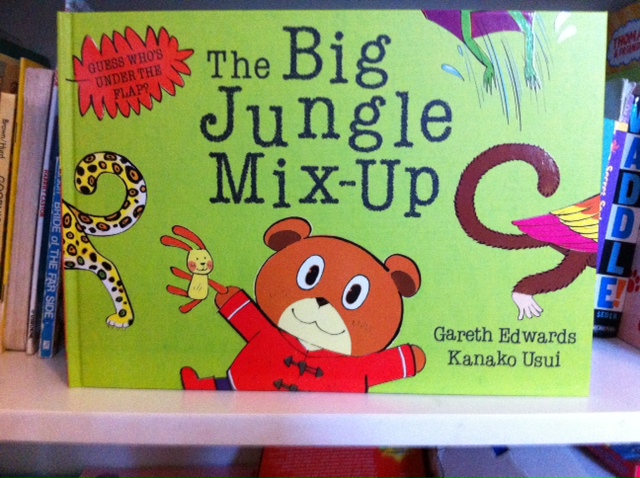